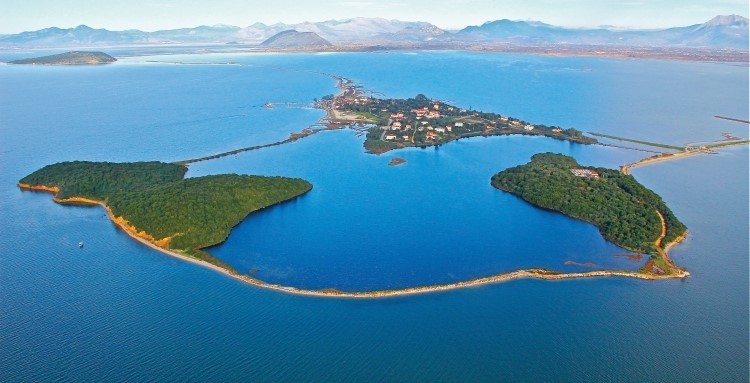 OR Koronisia the island is located in the center of the Amvrakikos Gulf, at lagoon Logarou. The island is connected to shore by a long and narrow passage, length 6,5 km. the Korakonisi It is the cluster of islands located in N.. the Koronisia, forming the Sakouletsi lagoon.

THE Amvrakikos Gulf, an enclosed internal sea communicating with the Ionian with a narrow channel at Aktion. The bay is the largest wetland in Greece. It named by Ancient Amvrakia, a city that was built on the river Arachthos, in place today Assam. The Amvrakikos National Park, founded in 21-3-2008, It belongs to the NATURA network 2000 and protected by treaty Ramsar (Amvrakikos Wetlands Management Agency, https://www.amvrakikos.eu).

THE Louros and Arachthos are the two big rivers that flow into the bay, form more than 20 lagoons. 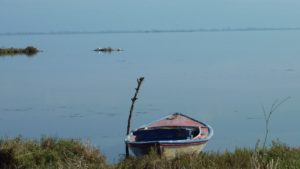 The most famous lagoons : 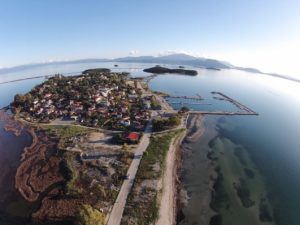 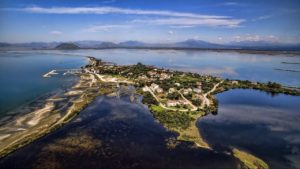 The Koronisia beach is right next to the village, SW., and toward the bay Salaora (Beach Road Koronisia). approximately has a length 1 Km and protected from most winds, except D.. – ND. The coast is formed by broken shells and the sea is shallow, at the beginning, and gradually deepens. there is a small port near the beach for fishing vessels. in 500 m. The back of this beach there is a smaller, ideal for those who do windsurf and kitesurf. The road that connects the Salaora Koronisia creating some places to swim between the stones. The beach area Koronisia is included in the Natura network 2000, as Amvrakikos. 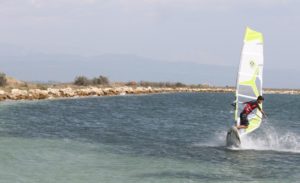 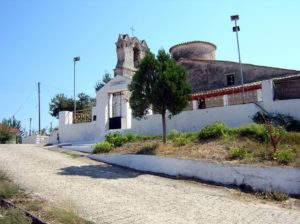 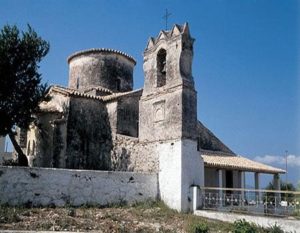 The chapel is on the left side of the Church of Our Lady, where and Grave. It is a small domed basilica with beautiful frescoes inside.

Here monk Saint Onoufrios, so it is the protector of Koronisia. celebrated on 12 June, with festival. 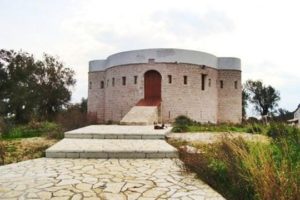 ALTERNATIVE ACTIVITIES IN THE KORONISIAS

THE Dalmatian, It is the bird symbol of Amvrakikos, found here all year, mainly in lagoons Tsoukalio and Logarou. The bay shelter herons (Egret, Egret etc.), flamingos (flamingos), cormorants, etc., various duck species such as ferruginous duck, which is the largest population in Greece. In addition to wetlands live an aquatic mammal, or otter, a species threatened with extinction.

The Koronisia belongs to municipality of Arta and is from about Arta 23 km. Access from Arta It is the village Kostakioi and from District Road Assam-Koronisia (Salaora). From the Salaora, along a road that passes between lagoons (6,5 km), arrive in Koronisia. OR Undersea Tunnel Aktion -Prevezas, joining 2 Tips Amvrakikos, It allows you to reach very easily in this region.

Armathia Kassou, the island with the most beautiful beach of the Mediterranean

Xylokastro of Corinth, a modern seaside town near Athens

It is located between, thus bypassing the 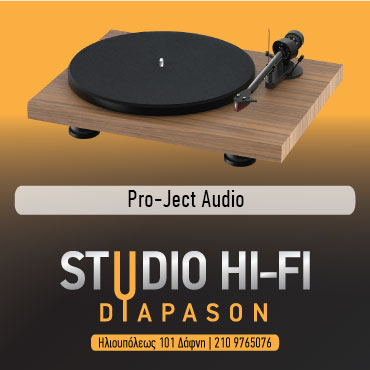 croaker beach, turquoise waters in the Municipality of Loutraki

Aliki Viotia, swimming in the sea and lake

Armathia Kassou, the island with the most beautiful beach of the Mediterranean

Xylokastro of Corinth, a modern seaside town near Athens

It is located between, thus bypassing the

All rights reserved to Driverstories.gr